Written for the 2020 Creative Arts Festival
CRICS: A Caring Community 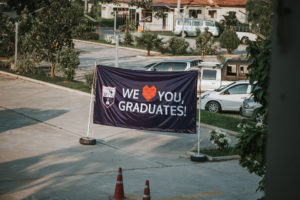 “So, here’s the latest,” Tanya said and sat down on the couch in our living room. She filled me in on the newest idea about having a graduation ceremony for the class of 2020.

I let out a long sigh when she finished. “So, that means siblings can’t go.”

“We might be able to have a drive-by celebration in the parking lot after the ceremony,” Tanya said as enthusiastically as possible.

“The whole situation stinks,” I grumbled.

Days went by, and more conversations took place. Most people agreed that honoring the class of 2020 with an in-person event was the best option. But no way was it an ideal option. I had expectations. My son should graduate in front of his brothers and the community who loves him. I was happy for him and his classmates that they could be together. But, a virus was stealing something precious from us.

Dark clouds of COVID hung over me until I arrived at CRICS for the ceremony. I stepped out of the vehicle, and things started to change. Team Troy, Taran, Thai staff, and Lori had decorated, rearranged, and altogether transformed portions of campus into a venue worthy of honoring our seniors. The IT guys labored so that everyone who wasn’t physically among the fifty people in Kruu Jane’s room could be with us nonetheless. I grinned behind my mask and saw that all the moms, dads, and seniors were smiling too. By now, we had become experts at interpreting the meaning expressed in one another’s eyes.

The commencement ceremony was fabulous, and all I could have hoped it would be. It was nice to have Brent and Greg with us even though they were thousands of miles away. But, I still couldn’t completely shake the feeling of sadness that so many members of our community, especially the brothers, were not physically present. In moments like these, we are meant to be together.

When the ceremony concluded, I filed out of Kruu Jane’s room with everyone else and lined up on the stairs outside the building. Lights from heaven illuminated the darkness. Okay, they were headlights from cars and trucks, but to me, they were like stars that God’s angels had pulled from space and dropped into our parking lot. A line of vehicles stretched out forever, like the final scene in Field of Dreams.

I could hardly breathe as I moved closer to my wife and son and saw tears in their eyes. I scanned the automobiles lined up for the parade. Are Wessel and his children sitting on top of a truck? A cacophony of sounds soon filled the air as one vehicle after another drove by celebrating our seniors.

A few years ago, I attended a concert in which John Williams conducted the Boston Symphony Orchestra as they played songs from Star Wars. That was the best concert I’d ever heard. Until tonight. Honking horns, clanging cowbells, Naomi playing the cello in the back of a pickup, and the brothers cheering alongside a hundred others made the night magical. For an evening, Eric Ebeling, dressed in the garb of a traffic attendant, was a conductor extraordinaire.

I stood on those stairs, overwhelmed at the outpouring of love. It felt like the agape Jesus unleashed through the cross that vanquished sin, defeated death, and assembled the church. Tonight, the lavish love of the CRICS community had conquered COVID and brought the family together. 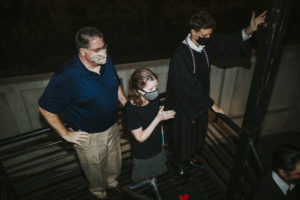 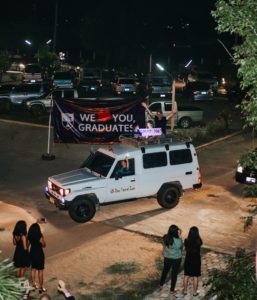 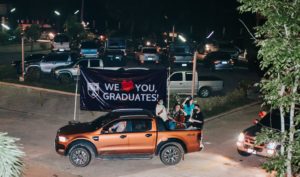 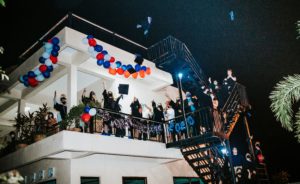 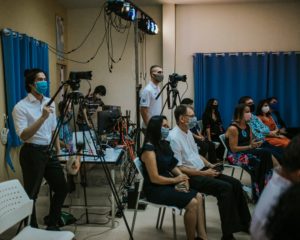 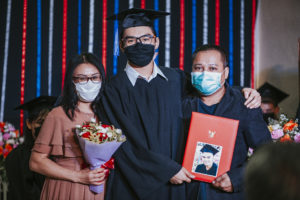 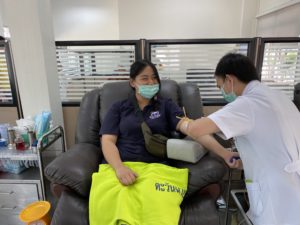 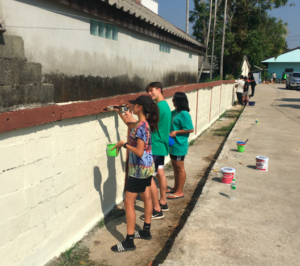 Brighten Up the School: Senior Project

“For my senior project, I went down to JamBom school primary school to brighten up 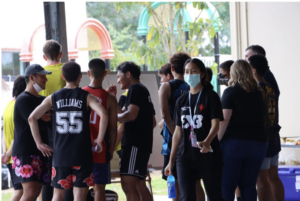